Diversity delivers on the bottom line

Companies that achieve diversity, and manage it well, attain better financial results on average than other companies. Studies providing evidence to support this have been around for decades. Through a research project started in 2004 by Catalyst ([1] Wagner, 2011), it was found that companies with the most women board directors outperformed those with the least when it came to return on sales, return on invested capital and return on equity, findings backed up by a further study.

More recent McKinsey diversity research ([2] Hunt, 2018) into delivering growth through diversity in the workplace reported that “In the original research, using 2014 diversity data, we found that companies in the top quartile for gender diversity on their executive teams were 15 percent more likely to experience above-average profitability than companies in the fourth quartile. In our expanded 2017 data set this number rose to 21 percent”. Their study also revealed that companies with gender diverse senior teams were more likely to maintain longer-term value creation than the companies without a critical mass of women at executive levels.

Gender diversity is correlated with both profitability and value creation. In our 2017 data set, we found a positive correlation between gender diversity on executive teams and both our measures of financial performance McKinsey – ‘Delivering through diversity’ (Hunt, 2018)

Indeed, many large organisations have been working very consciously and in good faith to create gender diversity across all levels in their business. Even if sometimes ambition is set somewhat low at between 25-40%. We could ask why not at the 50% level to truly represent the markets businesses serve from a sex ratio perspective…

Women are gradually eroding workplace barriers that have traditionally prevented their progress, and the business case for gender diversity is strongly evidenced in research. No self-respecting corporation would now question the fact that gender diversity is good for business performance.

In 2015, while Lord Davies was pleased with the results of FTSE companies in generating better gender diversity at board level, he concluded that there was still more to do: ([3] Davies Review, 2015)

The business case is even stronger today as Chairs report on the positive impact women are having at the top table, the changing nature of the discussion, level of challenge and improved all round performance of the Board. Davies Review, 2015

It is important to be careful not to confuse cause and effect. It may be that the higher performing companies were doing all kinds of innovative things to drive performance. However, it’s unlikely that companies that have every appearance of being chaotic, maladaptive systems will involve women at senior board level. This kind of organisation confuses action with direction and demands only performance, not the quality of relationship that inspires performance.

Through our book, ‘All the brains in the business, the engendered brain in the 21st century organisation’, we are not arguing for equality as the goal, but for valuing our differences in creating sustainable organisations for the twenty-first century. And we believe the route is through e-quality – creating conditions under which feminine energy emerges as a quality of real value into organisations.

In short, businesses that are competent at harnessing the best of what women have to bring, by welcoming and valuing the difference at executive levels and at sufficient scale, perform sustainably better than companies that fail to do this.

Wide-ranging and long-standing research consistently shows this to be a modern business truth. And while women who have achieved Board positions might be more male-brain dominated than many of their female counterparts, having more women in senior positions is proven to have a very positive impact on performance. 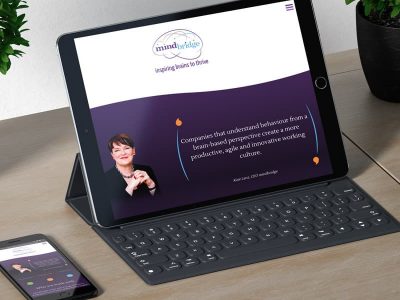 A new home for our digital...